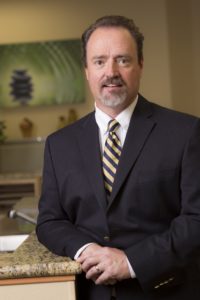 Dr. Hudson is a fourth generation Nevadan who was born in Reno.

Throughout the early years of his life, he lived in most of the small mining communities scattered throughout northern Nevada. At one time or another, he has lived in seven different small towns in Northern Nevada.

After graduating from Battle Mountain High School he returned to Reno to go to the University of Nevada. During his time at the University of Nevada, he worked part-time for Washoe Medical Center (Renown) in a host of different positions as well as Saint Mary’s Hospital in the Operating Room after completing a Surgical Externship at The Johns Hopkins Hospital in Baltimore, Maryland.

Ultimately upon graduating from the University of Nevada, Reno he started working at St. Mary’s hospital as a Registered Nurse. After a brief stint in several different healthcare areas including medical-surgical, outpatient, psychiatric, and rural he was then accepted, first try,  to the University of Nevada School of Medicine in 1994 and graduated in 1998.  In June of 1998, he began his surgical internship at the Mayo Clinic in Rochester, Minnesota. Immediately following his internship he began his surgical residency in Otolaryngology-Head and Neck Surgery (ENT) at the Mayo Clinic in Rochester, Minnesota.  While at The Mayo Clinic he was voted Outstanding teaching resident by his peers.

After completion of his residency in June 2003, he returned home to Reno to begin private practice with Dr. Timothy Dyches. Since that period of time he has been working in private practice and continues to pursue further his education including obtaining his Executive MBA from the University of Nevada, Reno in 2017 and currently he is enrolled in a Master’s program in Health Economics at the London School of Economics.